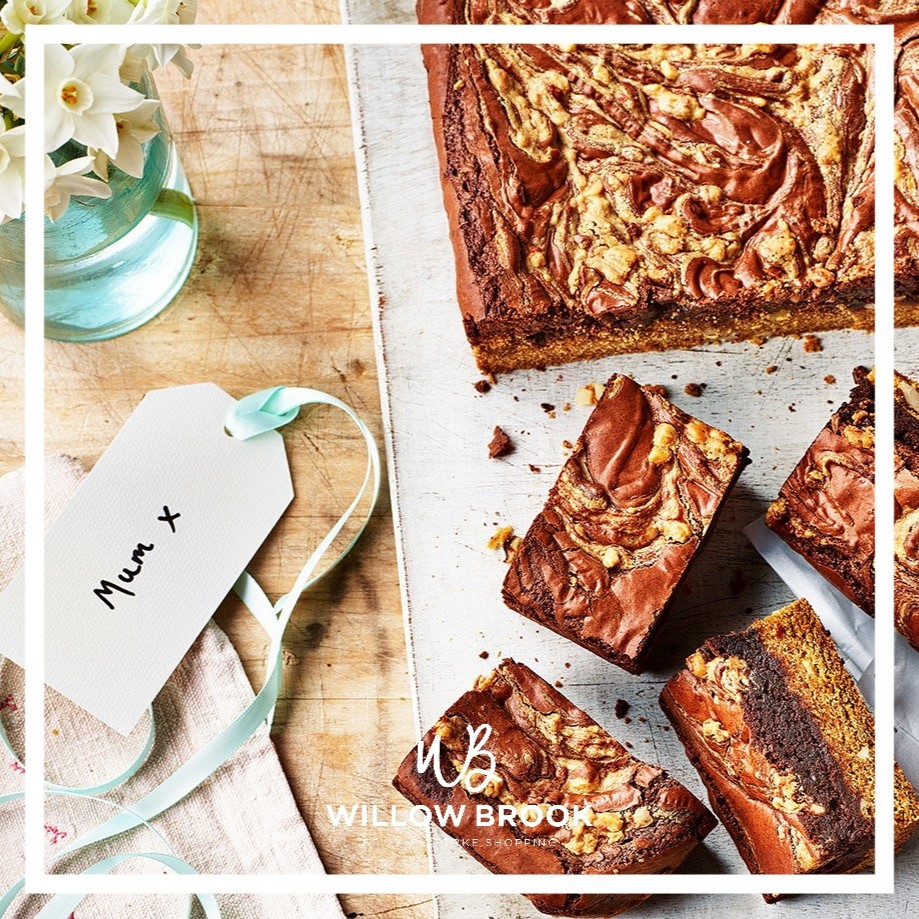 Make Mum feel special this Mother’s Day by baking an indulgent treat. Watch our interactive video to see how to bake one of three special traybakes – perfect for posting if you can’t be together. Choose from rich peanut butter brookies, a twist on a classic with Bakewell blondies or an easy white chocolate rocky road. 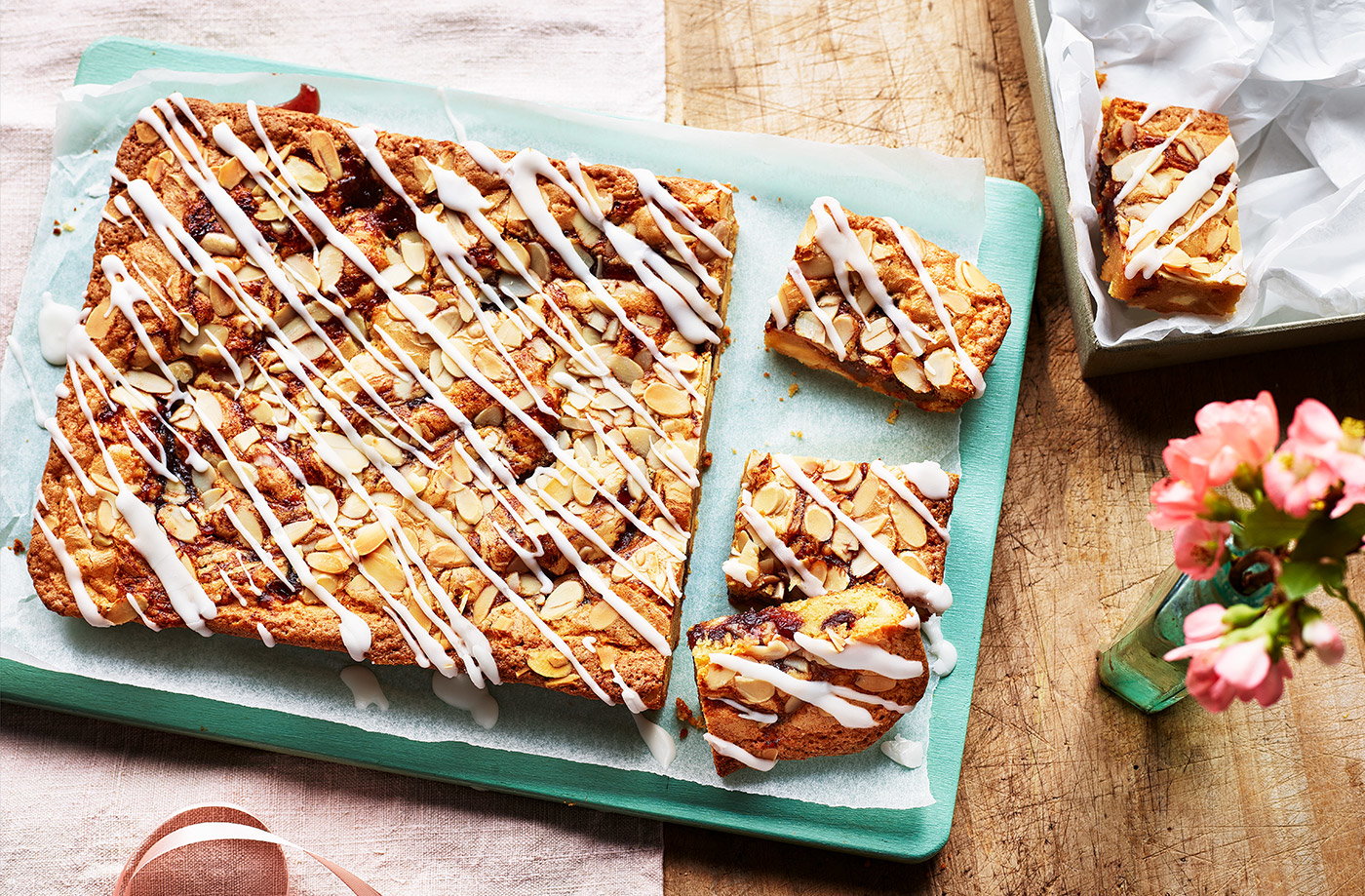 Blondies are just brownies with vanilla and white chocolate instead of cocoa powder, these sweet and fudgy dessert bars are the ultimate treat to make for someone special 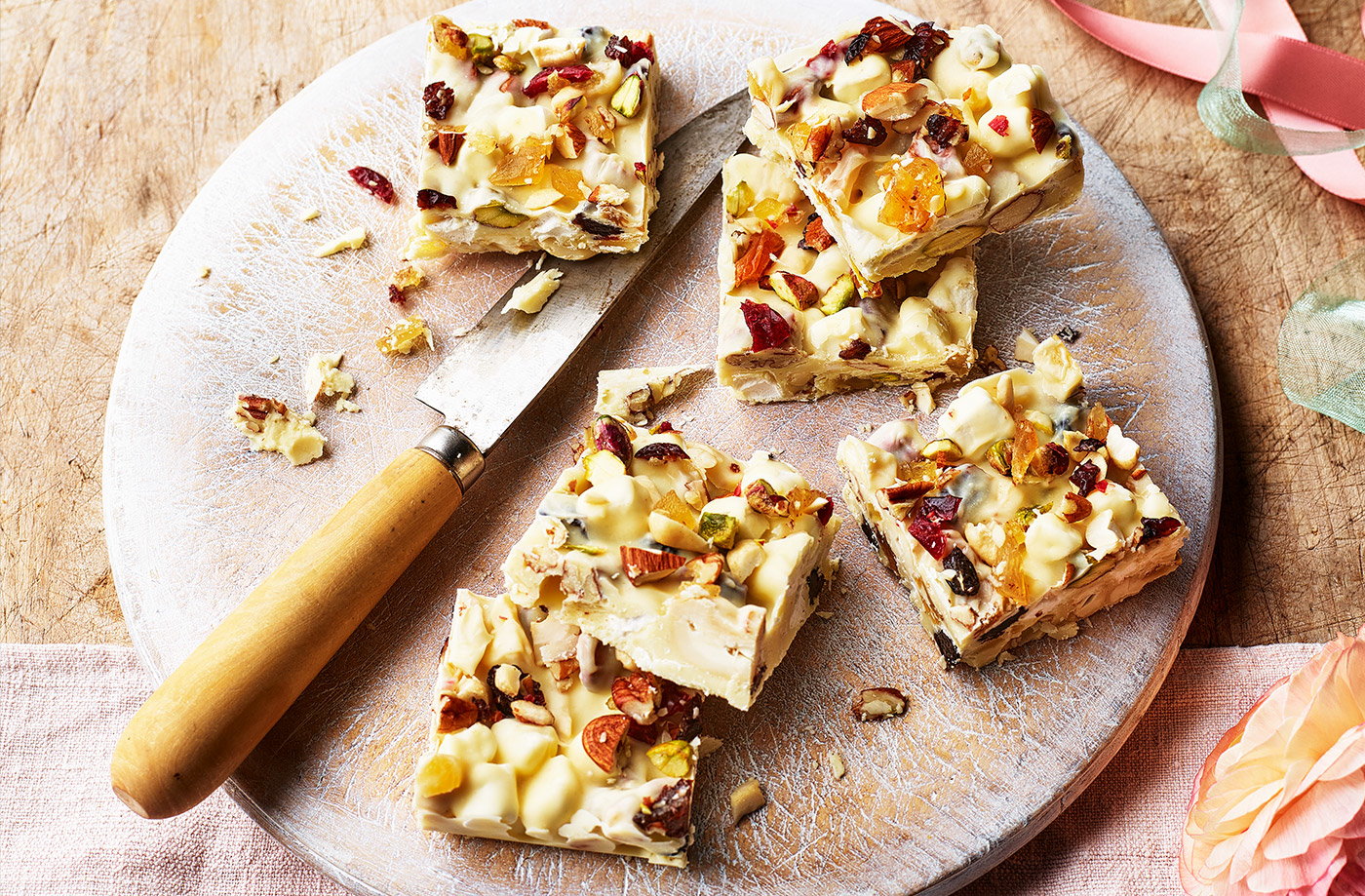 These yummy little squares of rocky road are made super indulgent with the addition of white chocolate. The perfect no-bake treat for any mum this Mother’s Day – make them veggie by swapping the mini marshmallows for extra chopped fruit and nuts instead! 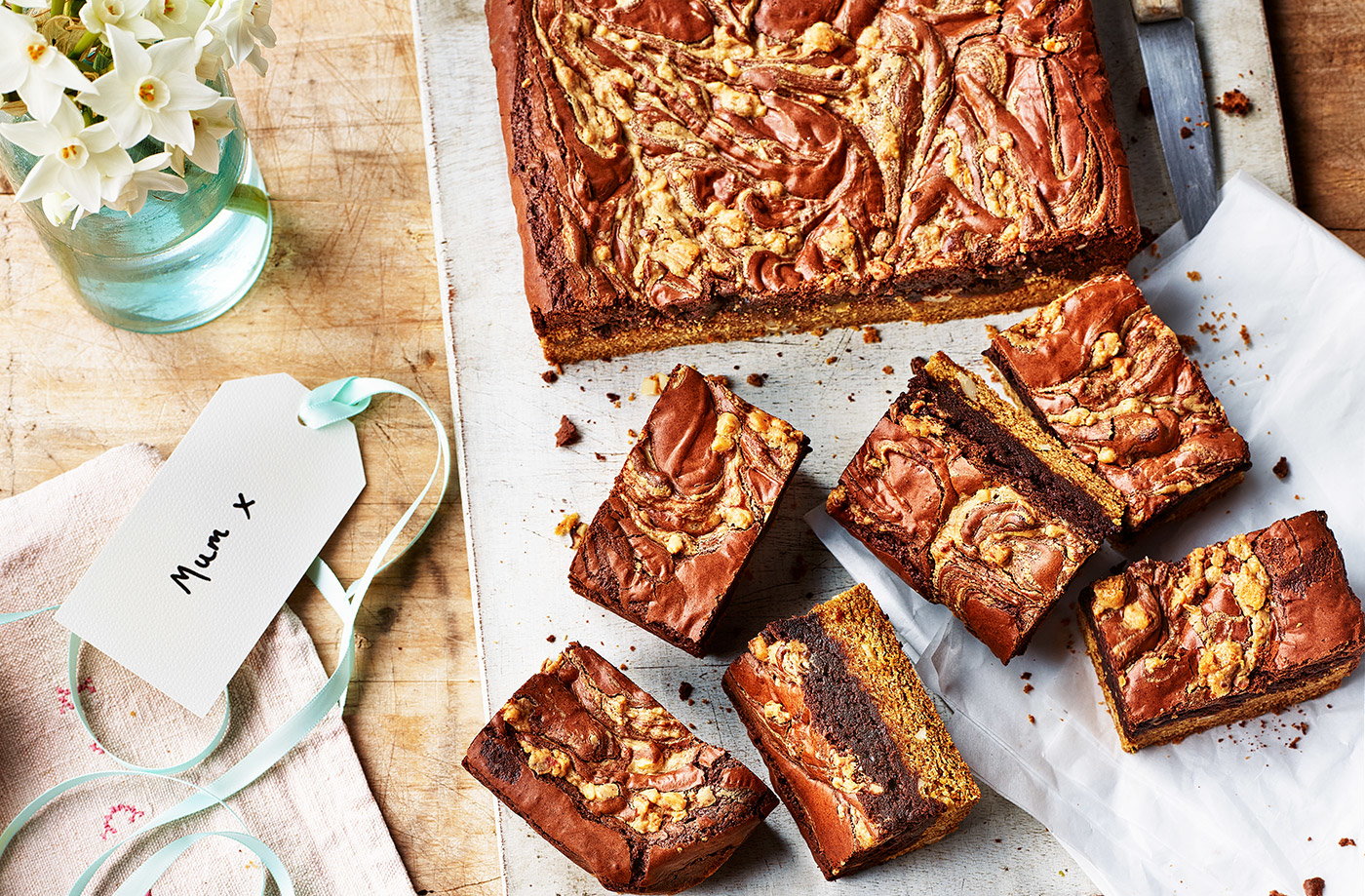 A brownie cookie or ‘brookie’ is the perfect combination of two of our favourite sweet treats. Swirl through peanut butter on the top of this bake to make it look like a real showstopper.